What are flexible coach tours, and why are they so popular

If you’ve been thinking of taking a tour through Europe, then you might have looked at several different options already without finding the perfect one for you. However, if you have a look at Touropa, you might find that our tours are a little different.

Our tours include all the comforts that you’d be used: air-conditioned luxury coaches, carefully selected hotels, and an impeccable standard of English-speaking tour escorts and local guides. So what separates us from the pack? Read on and find out.

The Tours Are Guaranteed

One of the biggest selling points of our tours is that once you are confirmed, the tour is never going to cancel due to lack of numbers. Even if you’re the only one confirmed on the tour, it will still go ahead. This is different from most alternatives that you see advertised right now because those need to make up certain minimum numbers for the tour to proceed. Often, they do not make that determination until close to travel, and when they do you are left having to entirely change your plans (and likely your flights), at cost to you.

Our tours come with peace of mind.

You Can Pause Your Tour

You do not have to follow the itinerary exactly as it is set out if you don’t want to, and that is what makes Touropa especially appealing. Let’s consider an example: imagine you are doing a tour around Spain and Portugal, which begins in Barcelona and travel anti-clockwise around the Iberian peninsula. And perhaps after the tour reaches Lisbon, you would prefer to get off for a week to go and soak up the sun on the Algarve. You can pause your tour and do just that! Then, return to Lisbon in time to rejoin the tour as the next departure passes though, perhaps a week later, and continue on.

This way, you can tailor most tours to go at the pace you want. We allow you to pre-arrange a departure from your tour, and give you the ability to catch up to the same tour at a later destination, or join the next departure as it passes through your location.

Start And Finish When You Want

Imagine you like a tour that travels from London to Athens, via Paris and Amsterdam, as well as many more destinations. However, you have been to London and Paris, so you would like to commence the tour in Amsterdam instead. You have that choice.

Now imagine you plan to do the same tour, begin in Amsterdam, but now want to get off the tour in Zagreb, for example, because going all the way to Athens seems a bit long for you. That is also possible.

You can clip the tour to just do the parts that interest you. If there is a 5 day stretch of a 20 day tour that interests you, then you can just do the 5 days of the longer tour, and the price you pay is just for those 5 days. It’s the ultimate flexibility in touring.

With over 300 tours with weekly departures, Touropa has one of the largest ranges of tours offered by a single tour company. You are unlikely to find anything that has the same kind of variety available to you with the same luxuries that we offer!

We hope that you have found this article helpful, and now know why you should choose Touropa to help you live your travelling dreams! 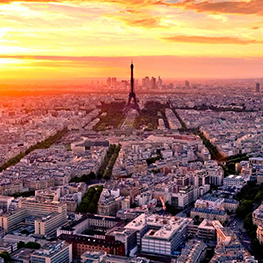 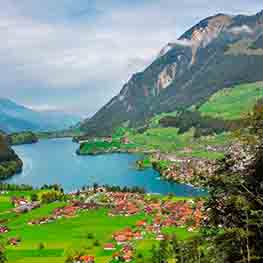 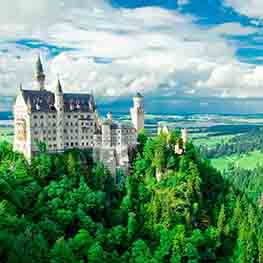